THE STATION BUILDING – the Arch Inspired by the Fern and Art Nouveau
The focal point of the project is the iconic station building, designed to provide strong visual identity in the cityscape, thereby strengthening Riga’s image as a European metropolis. The inspiration for the design is the archetypal form of historic central stations worldwide - The Arch.

The station building stands apart as a new city landmark, with its striking roof canopies inspired by the Art nouveau period. The sloping canopies allow light to flow freely and evenly throughout the building, creating a concourse which is spacious and airy. On the north, the rising canopies allow a unique uninterrupted view over the historic city, creating a strong sense of familiarity to the city. Geometric features, symmetry and repetition are qualities that enhance wayfinding and provide orientation within the building landscape. The generous space, reminiscent of ecclesiastical architecture, inspires wonder as travellers enter the building – providing a memorable experience and a recognizable point of arrival and departure. 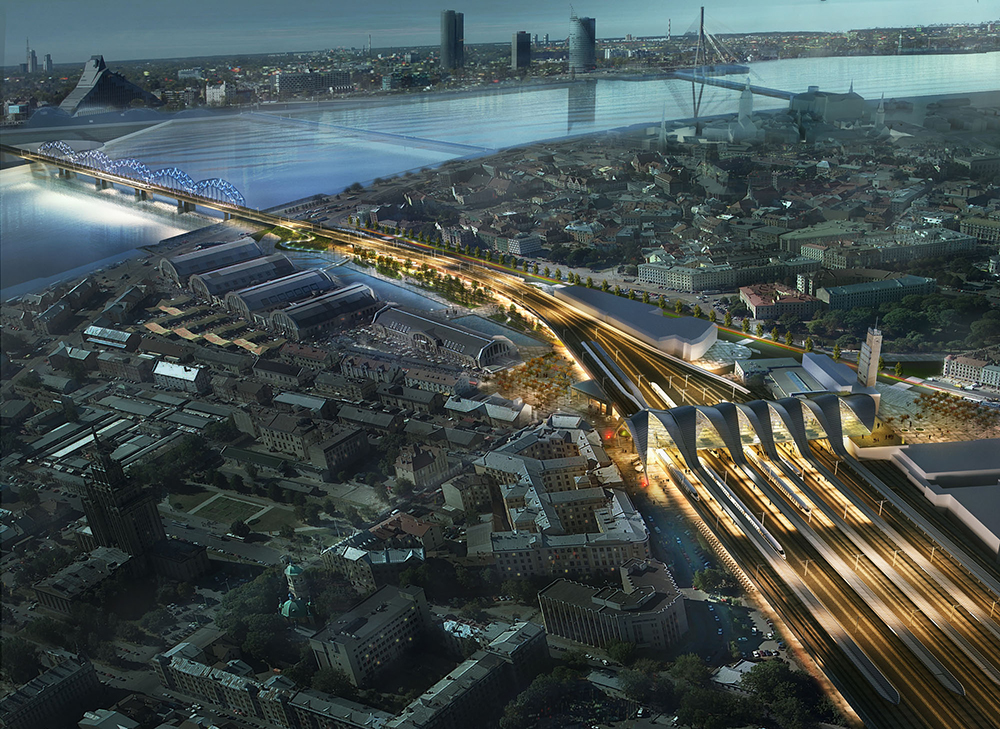 BRIDGE & RAILWAY
The plan includes two new parallel tracks on the south side of the existing tracks, amplifying the presence of the railway in the cityscape and across the river. The bridge is designed as a light, floating construction, with integrated bicycle and pedestrian paths that create a better connection along the rails and across the Daugava.

One objective of the design is to create a denser cityscape, with well-defined plazas and urban spaces to stimulate an active city life for inhabitants, commuters and visitors alike, and thereby strengthen the sense of Riga as a metropolitan city.

Increasing the city’s greenery creates a better urban environment by adding sensory and aesthetic dimensions that strengthens a sense of affiliation to the city. The addition of a series of new green spaces with respect for the existing city and its cultural heritage will also act as a new chapter in Riga’s urban development.

At the same time, initiatives to augment nature in the urban milieu have the potential to remedy environmental challenges by creating a better micro climate in the city and improving air quality, thermal comfort, biodiversity, storm water management and by preventing urban heat islands. 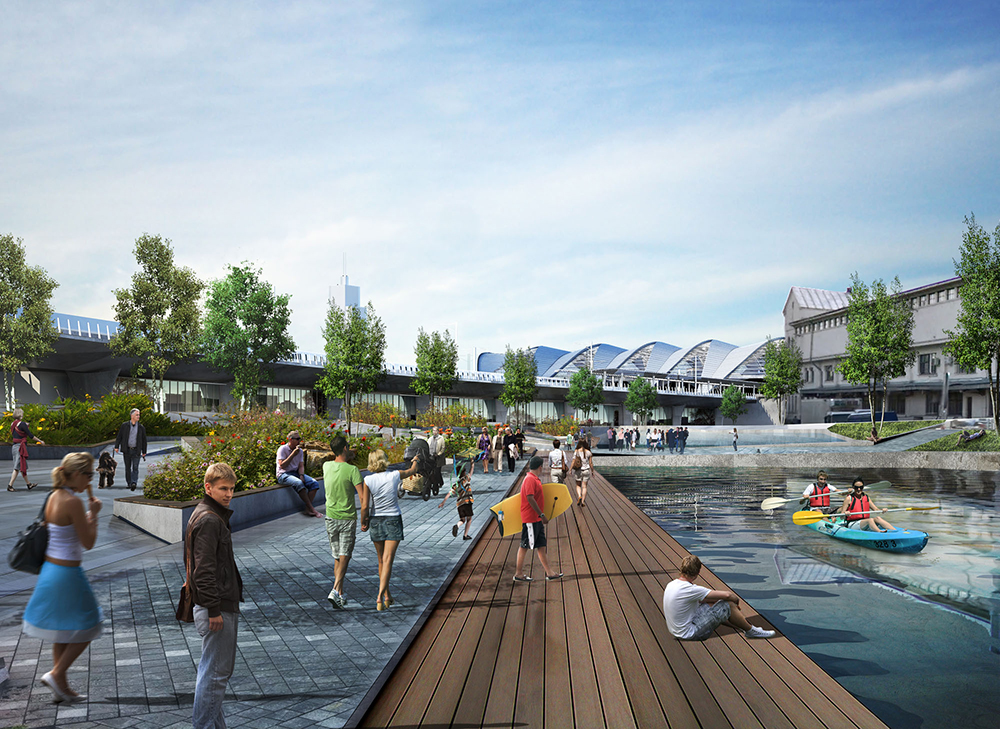 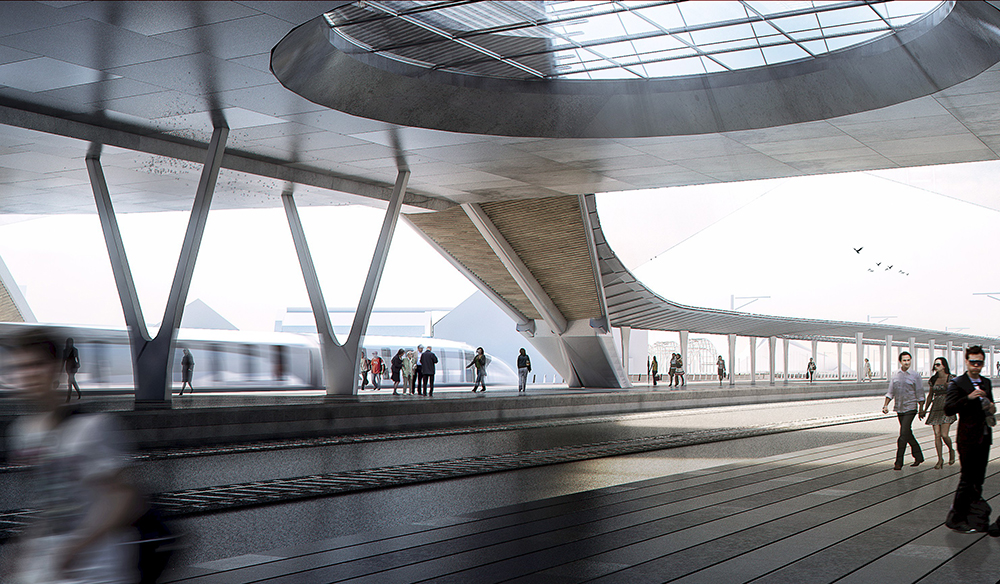 “Our proposal delivers a coherent, smooth and living infrastructural hub that connects the city and strengthens the existing identity of Riga”

CONNECTING THE CITY – creating an infrastructural heart
The entire project, comprised of bridge, overpass and station, is planned as one coherent infrastructure element in a modern interpretation of classic themes, and where the continuous series of arches and vaults provides a visual contrast to Riga’s city towers.

The comprehensive project fulfils the multiple functions of an infrastructure hub. Here one can seamlessly change between regional and local rail lines, as well as between modes of transport - train, to bus, car, bike – while experiencing the public space as an urban living room for both recreational and commercial activities. 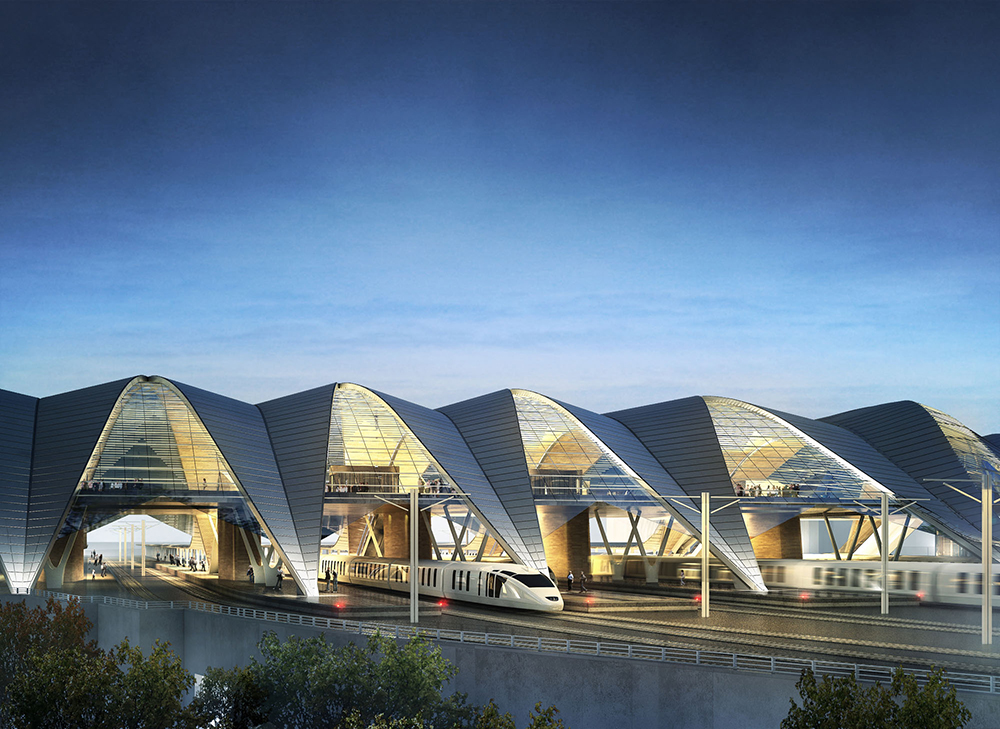 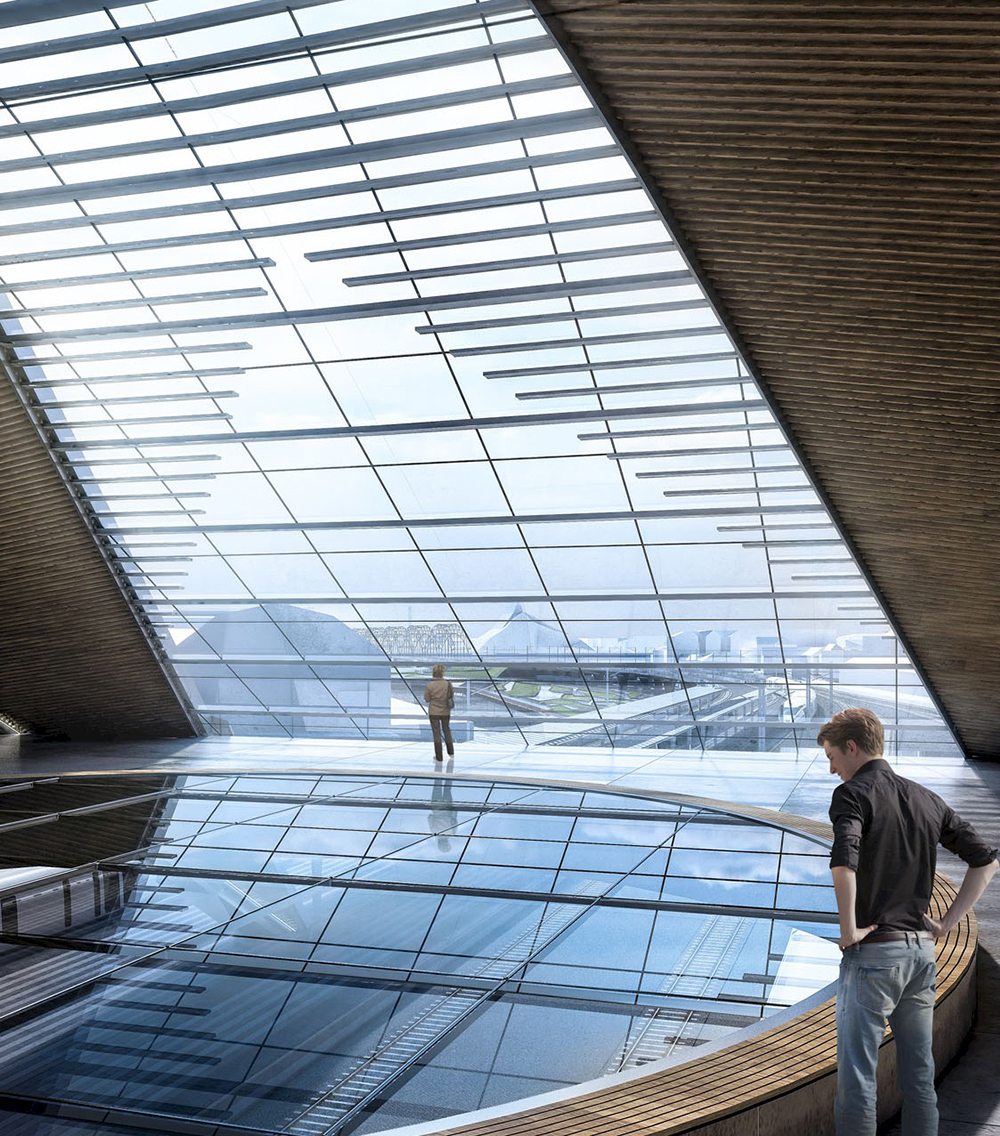 “The central station, the connected station area, and the adjacent infrastructure hold great potential to be much more than just infrastructure – becoming an important city hub with a strong visual identity in the cityscape in a modern sustainable urban development” 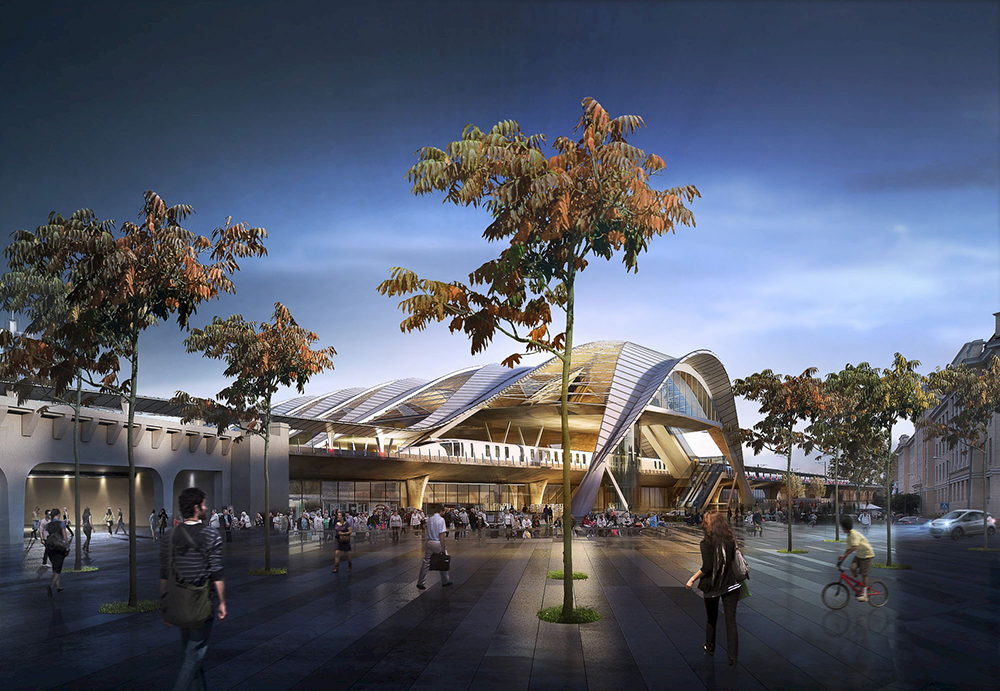 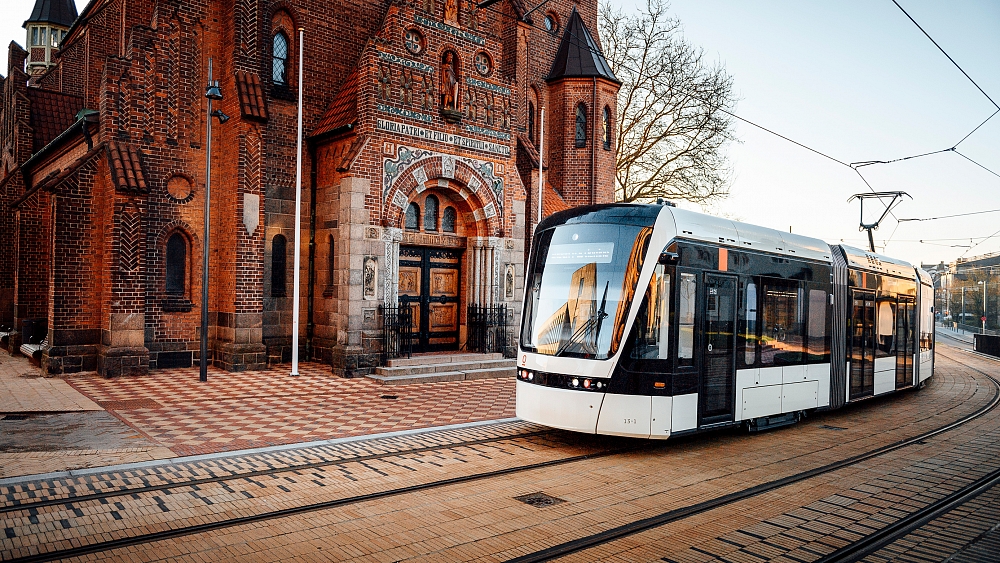 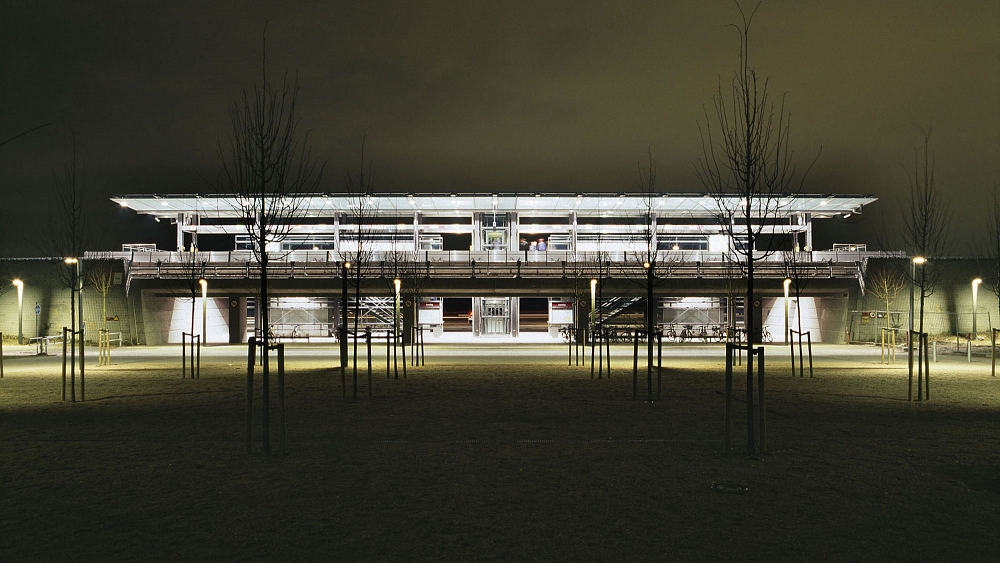 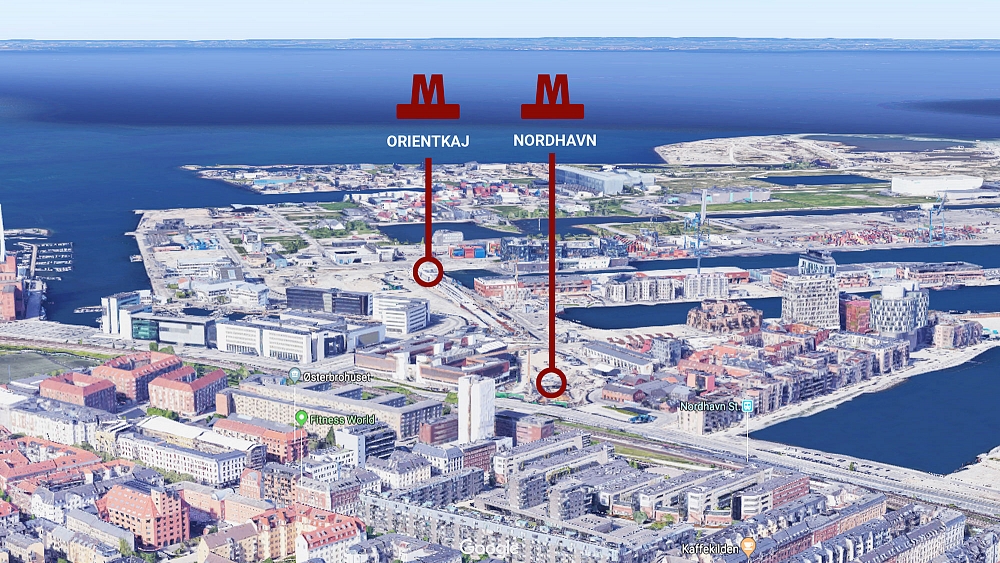